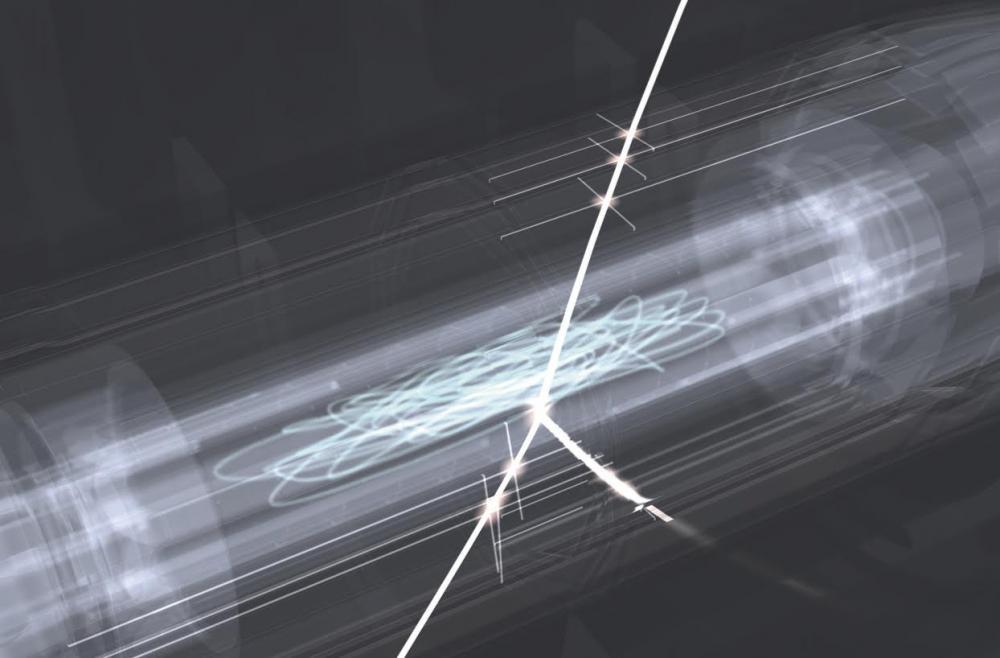 Directly measuring if there are any differences between the antimatter partners may help us understand why our Universe is made almost entirely of matter, even though matter and antimatter should have been produced in equal quanitites in the Big Bang.

In our experiment, we trapped antihydrogen atoms in our magnetic trap and illuminated them with laser light with a wavelength close to 243nm. In one series of runs, we tuned the light so that it is in resonance with the 1S-2S transition in hydrogen, and in a second series, so that it was detuned by 200 kHz. Interactions between the laser and the trapped atoms should cause atoms to be lost from the trap.

In each run, after 600s of illumination, we counted the number of atoms left in the trap using our annihilation imaging detector. When the laser was tuned to resonance, we observed 67 atoms in 11 runs; when the laser was detuned, we counted 159 atoms in the same number of runs. We also searched for signs of the atoms annihilating as they left the trap while the laser illuminated. When the laser was on-resonance, we observed 79 events that pass our criteria for inclusion, and 27 when off-resonance. Both of these comparisons help us conclude that the on-resonance laser light is interacting with the antihydrogen atoms via their 1S-2S transition.

This first result implies that the 1S-2S transition in hydrogen and antihydrogen are not too different, and the next steps are to measure the transition's lineshape and increase the precision of the measurement. Watch out for more exciting results over the next few years!

View this topic in international News media articles!
Go to the publication!