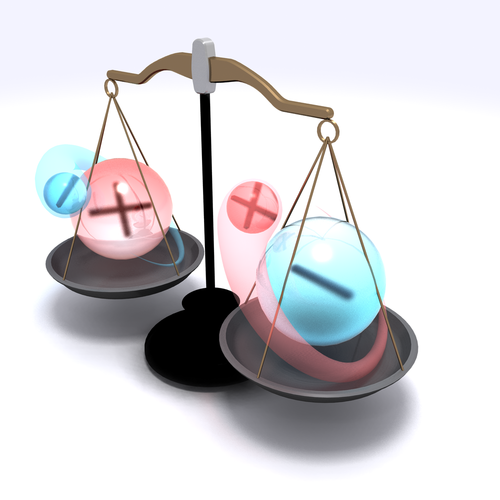 Physicists have long wondered if the gravitational interaction between antimatter and matter might be different than that between matter and itself. Do atoms made of antimatter, like antihydrogen, fall at a different rate to those made of matter, or might they even fall up – antigravity? There are many arguments that make the case that the interaction must be the same, but no-one has ever observed what an anti-atom does in a gravitational field - until now.

Today, the ALPHA Collaboration has published results in Nature Communications placing the first experimental limits on the ratio of the graviational and inertial masses of antihydrogen (the ratio is very close to one for hydrogen). We observed the times and positions at which 434 trapped antihydrogen atoms escaped our magnetic trap, and searched for the influence of a gravitational force. Based on our data, we can exclude the possibility that the gravitiational mass of antihydrogen is more than 110 times its inertial mass, or that it falls upwards with a gravitational mass more than 65 times its inertial mass.

Our results far from settle the question of antimatter gravity. But they open the way towards higher-precision measurments in the future, using the same technique, but more, and colder trapped antihydrogen atoms, and a better understanding of the systematic effects in our apparatus.